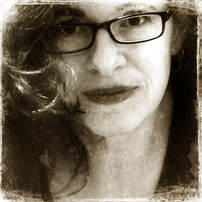 In art, without the in-between, there would be no recognizable image.   In life, it’s the space between moments that defines the things we remember and treasure.  For some, it’s the winter that make spring so incredible.  It’s daily life that makes a vacation so special.  It’s prairie living that makes the mountains so majestic – or mountain living that makes the prairie sky so stunning.

My Vivid Impression series is painted with deliberate attention to shapes of space.  It highlights the subject (often trees) and the light or landscape around it.  Thick, luscious oil paint is intentionally laid over a complementary background color, with hints of the gold under-painting shining through at certain angles.  A matte white and glossy black acrylic border serves to highlight the brilliant hues of the oil painting, creating a clean and contemporary, yet calming space around the exuberant brush strokes of the image.

Through the layers of my art, I’m celebrating the beautiful complexity of life.  It's the everyday in-between, that sets us up... for the spectacular.

Terri Heinrichs is a self-taught artist who views every experience as an opportunity to learn and experiment with her artwork.  She gains inspiration from nature, photographs that she takes and digitally processes, and methods she has learned from years of practice, creating in nearly every medium available, observing other artist at work, and from a wide variety of published and online resources.

Terri is part of a pop-up artist-run gallery with three other professional artists.   Art at the Landing is now closed until we find a new location to pop-up in 2021.

Select pieces of her work can also be seen at the Storm Mountain Lodge in Banff National Park, as well as at the Granary Road Farmer's Market just south of Calgary.

Terri also shows in several other locations each year.  She was juried into the 2021 & 2022 Calgary Stampede Western Showcase.  She shows at the Calgary Art Market Craft Sale each November at the Telus Convention Centre.  She is one of the founding members of Acclaimed Fine Art , and participates in shows twice a year.  She is part of the Blueridge Arts Walk in NW Calgary in August.  She joined the Calgary Community Painters’ Society in 2011, and shows with them twice a year.

She was juried into the Calyx Distinctive Arts show numerous times.  Terri was a founding member of Artistic Entities, a group that held juried art shows in a variety of locations around Calgary about once a month.  Terri was a juried member of the Riverview Artists from 2008-2012.  Prior to that, she began selling her earlier work in Winnipeg in 2001 at Breads and Circuses, at The Forks Market, and privately.

A few weeks per year, Terri is the Artist in Residence and teaches art on cruises, which is an absolutely delightful experience for her.  In case you'd like to join her, Terri's next cruise is (to be announced).
​
In addition to her Artist Residencies on the ships, Terri has been juried into and completed two three-week Artist Residencies, in Cypress Hills Provincial Park, SK (2018) and at Mackie Lake House, BC (2019).​

In June 2013, Terri set up The Alberta Flood Rose Project in order to bring the Calgary visual arts community together to raise money for the flood victims in southern Alberta.  Over 450 artists participated, raising over $25,000 for the Canadian Red Cross.  For more information, please visit www.thealbertafloodroseproject.com.

In October 2018, Terri initiated and coordinated the Mosaic Project, a fundraiser for the Canadian Mental Health Association.  Fifty artists from the Calgary Community Painters Society each painted a 6x6-inch portion of two of Vincent Van Gogh's paintings, and pieced them together to auction at the 2018 fall Palette Fine Art Show.